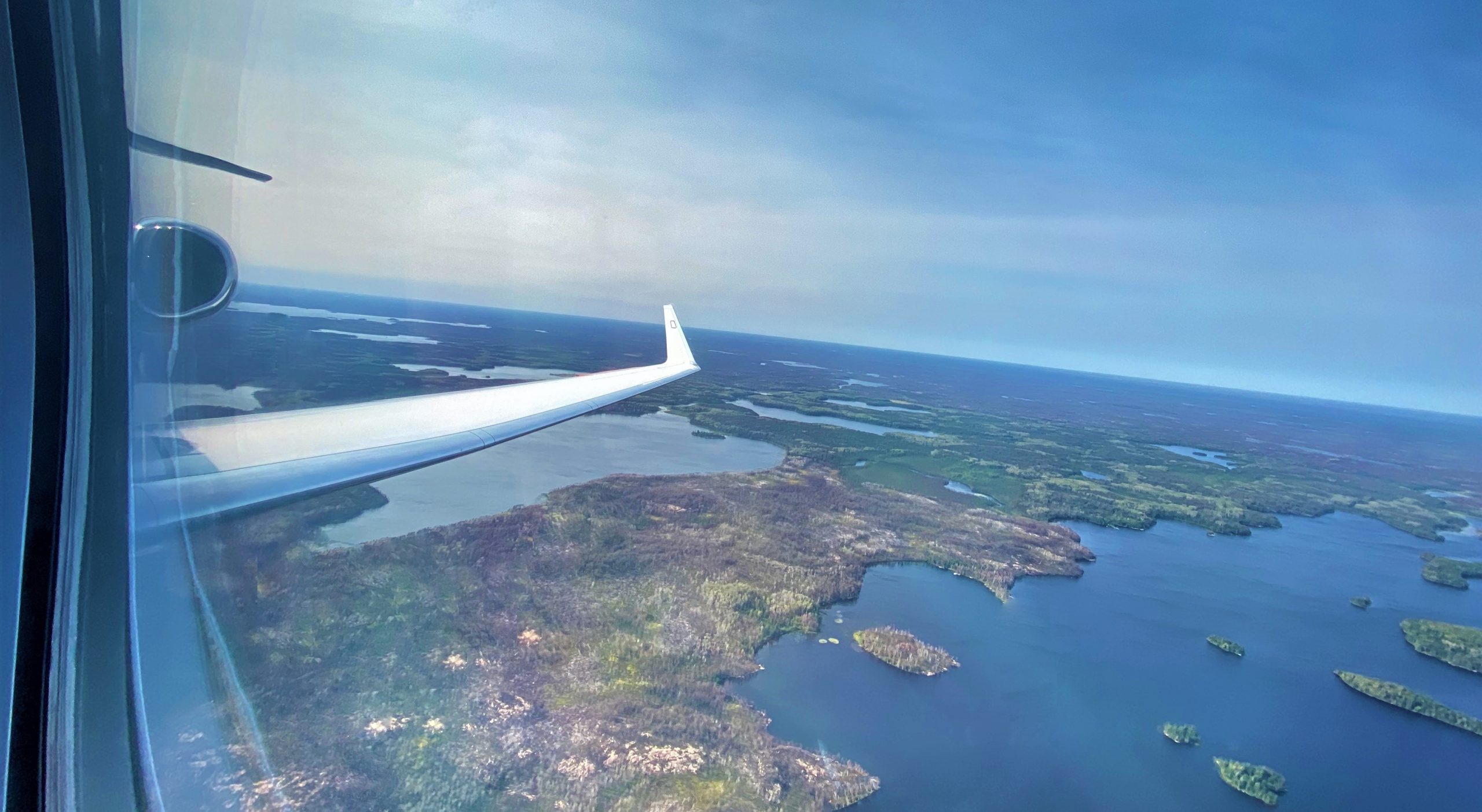 Flight N° 13: The last piece of the Winnipeg-puzzle?

On 11.09., we held our 13th flight, WOLVERINE. The target area was the southern part of Lake Winnipeg, as after the first two Winnipeg-flights (PIKE & WALLEYE) methane sources were suspected there. Besides that, a low approach in the southern Ontario wetland region, and remote sensing pattern over a landfill in the city of Winnipeg was also part of the flight.

Here you can see the three flights at the Winnipeg region. WALLEYE is shown in dark blue, PIKE in medium and the track of WOLVERINE in light blue.

As mentioned above, the goal of this flight was, to discover wether there are strong wetland methane emissions between Lake Winnipeg and the lakes to its west, Lake Winnipegosis and Lake Manitoba. The target areas were selected with the help of wetland emission models, which estimating the greenhouse gas release in dependence of factors as surface water extend, microbial activity, temperature, precipitation and fouling. By watching the pictures with their patchy arrangement of trees, shallow ponds, bogs and marsh you can imagine, how difficult it is, to determine the methane production of these landforms.

Again we saw extensive wildfire plumes, transported from the Rockie Mountains towards our target. As these fires emitting methane and carbon monoxide, among other things, they are scientifically very interesting. Therefore, recent satellite images were always provided by the ground team, so HALO could adapt its track and flying through or over those plumes. You can have a look at the evolution of the plume, seen during WOLVERINE and how it is transported over Lake Winnipeg by time.

The planetary boundary layer is the part of the troposhpere, where the influence of the surface (temperature, albedo, moisture, roughness and more) is affecting atmospheric dynamics. Vertical mixing is strong there, caused by turbulence, whereas in the region above, the free troposhere, stable stratified layers are dominating. Therefore the majority of surface emitted greenhouse gases remains in the PBL. One of the goals during in situ parts of the flight is therefore, to characterize the PBL height. This is done by ascents and descents. In the PBL the turbulence “shakes” the aircraft aorund, in the free troposphere the flight is much more calm. You can observe these effects in the video bellow. The boarder between PBL and above can be seen by the stable smoky fire plume layer, into which HALO climbs. It rests on the PBL top.