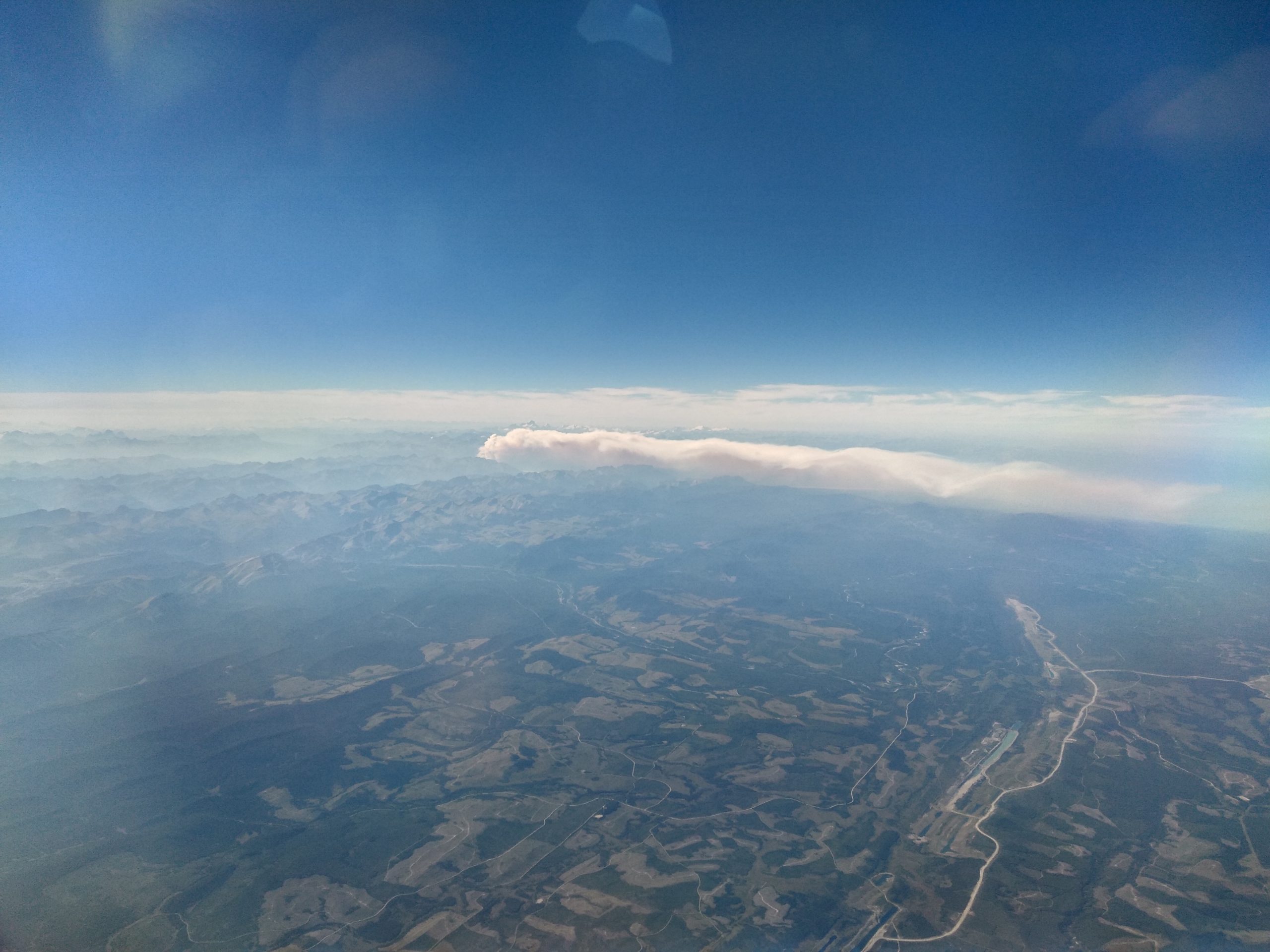 Flight N°8: Oil and gas fields and a forest fire

We’re making headway with the backlog of flights to post about!

On September 2, we set out on flight TOAD to detect methane emissions from oil and gas production in western Alberta. During the flight, we got an unexpected opportunity to sample the plume of a newly developing wildfire.

For several days after our previous flight, we’ve had unfavorable weather conditions for our surveys. After a week on the ground, we were eager to get airborne again, and on Sep 2, we got an opportunity.

We took HALO to a new target area: Oil and gas production facilities to the northwest of our base in Edmonton, just at the foot of the Rocky Mountains. From the plane, we saw them as clearings in the forests, spanning the area like circuitry a circuit board.

While we were flying our preplanned pattern, we noticed something strange over the Rocky Mountains: a cloud towering above the others, breaking through the boundary layer. To rise that high, the cloud must have been much warmer than the air surrounding it – we were seeing a forest fire.

Forest fires are an important process in the carbon cycle: they can release carbon that plants stored over decades back into the atmosphere in a matter of days.

During the next hour, we witnessed the development of an impressive forest fire plume.

We quickly adapted our route mid-flight to fly over and through the fire plume to sample it with our in situ and remote sensing instruments.

We later learned that the fire we sampled was the Chetamon wildfire close to Jasper, Alberta. Satellite images reveal how its smoke plume traveled hundreds of kilometers west in only a few hours.

Together with plumes from fires throughout the US and Canadian Rocky Mountains, the Chetamon wildfire contributed to a layer of haze over large parts of southern Canada, that we would see a few days later in Edmonton and as far away as in the Hudson Bay Lowlands.

The plume of the Chetamon wildfire certainly made this one of our most exciting flights. The subsequent flight – dubbed WALLEYE – would take us back to the wetlands.