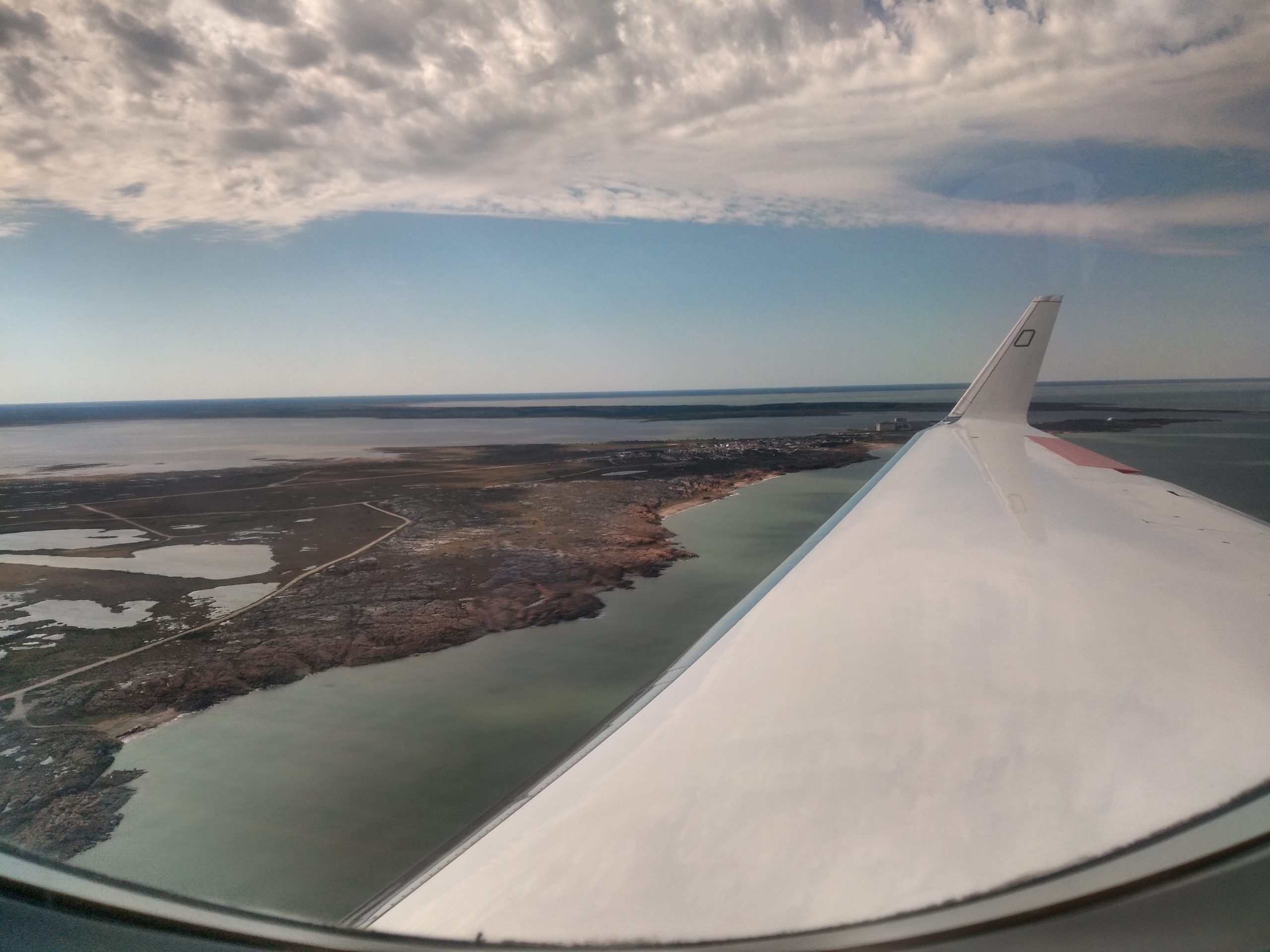 Flight N°9: To a new one – Lake Winnipeg

Research flight number 9, called WALLEYE, took place on the 3th of September. The target area was again the wetland region to the north east of lake Winnipeg, located in Manitoba.

The area was flown a second time (after Flight N°7 PIKE) to get the possibility of validation and confirmation of the first measurements done there. In the map bellow you can see the the route of flight WALLEYE by the dark blue line, while the PIKE track is depicted in light blue.

You may be wondering why the flight patterns have different orientations. This is due to the wind direction, which in case of PIKE was south-west, whereas the wind came almost entirely from south for the WALLEYE flight. The wind direction is important information for determining the methane flux over a certain area.

Wind direction is measured during the flight by a sensor within the nose mast from HALO. The nose mast is required because if the wind sensor would be located close to the airplane hull, the wind measurement would be affected by aerodynamics of the plane. You can see the nose mast bellow.

You can observe a very red sun rising in the image above. The color is due to the particles emitted by the wildfires in the Rockie Mountains, which today covered the area around Edmonton. These particles causing scattering of the sunlight, and as the blue part of the sunlight spectrum is more scattered due to dispersion, the sun appears in the remaining red part.

Small convective clouds popped up during the flight, so the flight pattern had to be adapted after takeoff. Especially the passive remote sensing instrument (MAMAP2DL) prefers cloud free conditions while measuring, as it is dependend on reflected sunlight. The flight track adjustment is done by the gorund team in Edmonton and Oberpfaffenhofen, which always observes the latest weather forecast to ensure optimal flight conditions.

Take a look at the returning aircraft and the signals from the air traffic controller!